Why ‘everyone is responsible for their own risk-based decisions’ isn’t the right approach to take to improve diving safety. 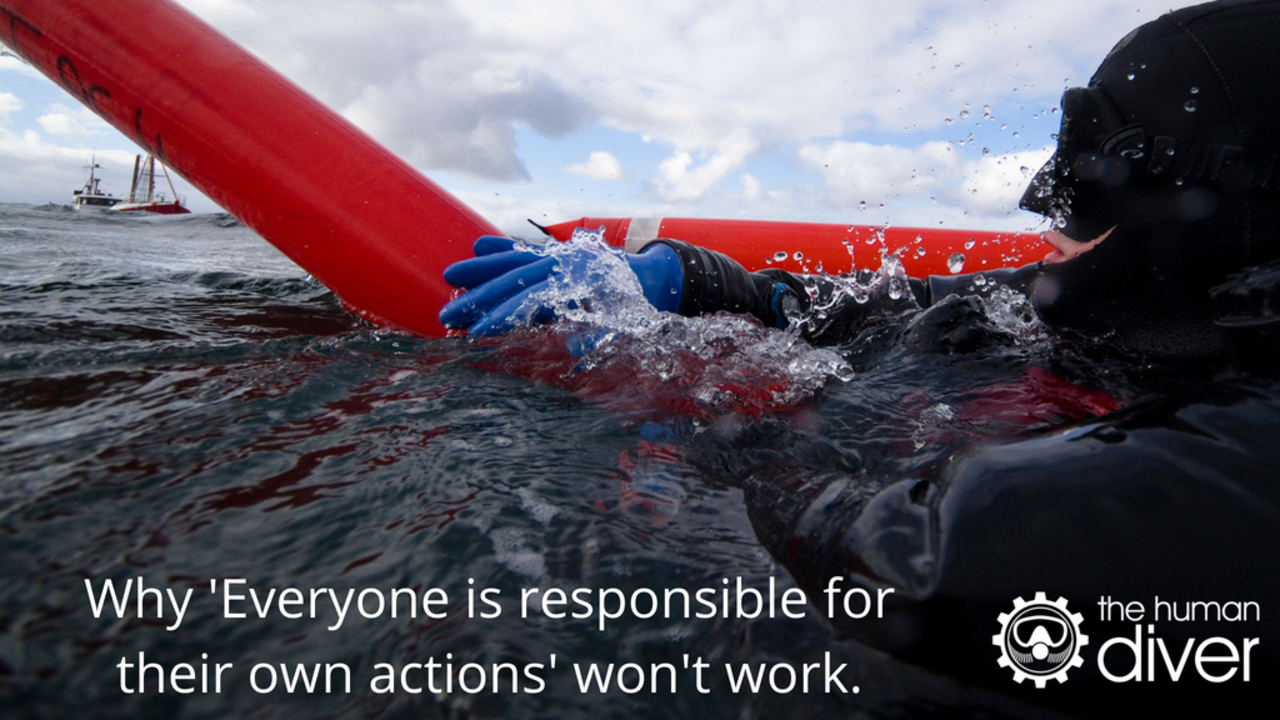 A diver qualified in the summer of 1999 while on holiday in Greece. His final dive on his PADI Open Water course was to 25m, obviously beyond the standards of this course. The instructor told him to write 18m in his logbook as they were only supposed to go to 18m. The diver didn’t know this during the dive so didn’t question the depth they dived to. Nor did they know that there was a way of providing feedback to the agency for breach of standards. In March 2005, the diver went to Cape Town with work and there was an opportunity to dive at Gansbaai so he took his OW card with him. He hadn’t dived since his OW course in 1999. There was no checking of cert cards when they got there, nor was there a skills dive to ensure everything was ok. The diver and 3 of his buddies completed a 45min 10m dive from a RHIB with no problems.

One month later the diver was in San Diego, again with work, and wanted to go diving. He had decided that one of the most important things he needed was a diving computer. This was despite not having mask, fins or a wetsuit! He bought a Suunto Vyper just before he left for the US. On the middle Saturday of the two-week trip, he went diving with one dive operation out to the Catalina Islands with a dive guide and had three uneventful dives to a maximum of 18m/60ft. On Sunday, he and one of the buddies from the South Africa trip (certified AOW) went to the only operation with spaces for the Sunday. Unfortunately, the boat was going to Wreck Alley to dive the Yukon which is in 30m/100ft. After some persuasion, and the signing of additional waiver forms, the diver and his buddy set off with a full set of rental gear including wetsuits. No weight check was completed and a ‘large’ amount of lead was taken. 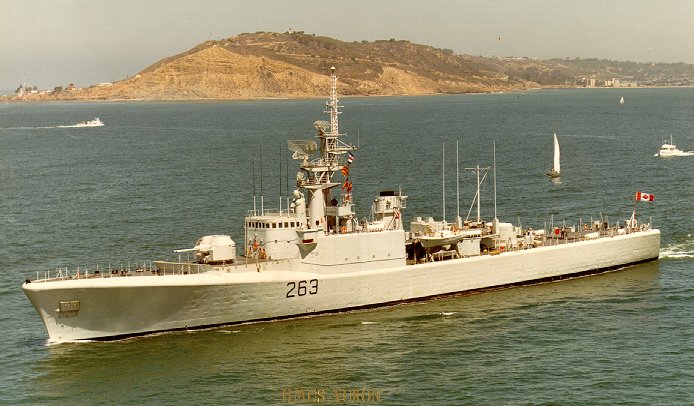 When the diver jumped off the back of the boat, one of their fins popped off, and after some struggling, they got it back on. He and his buddy then swam to the bow where the anchor chain was and descended. No guide or DM, they just followed the instructions from the dive brief. As they were descending, the diver realised that their BCD inflate wasn’t working and they were accelerating towards the bottom. Fortunately, the diver knew there was a solid seabed at 30m and so waited until they hit it to try and resolve the issue but couldn’t see what was wrong. They called over their buddy and eventually they realised that the LP inflator hose had become disconnected from the nipple on the BCD by the rubber hose retainer on the corrugated hose causing a ‘pinch’ and the collar lifted on the LP hose. With this replaced, they swam around until they thought they needed to ascend - they had no real idea what gas volume was needed to end the dive. The ascent went without problems.

The diver then completed another dive to 30m/100ft without any issues.

It is quite easy to look at this dive and say they should have known better. That their certification was only to 18m and so they should have stuck to that. But look at the experiences prior to the dive on Sunday. Many rules and expected behaviours were not followed so why should the rules apply to them. The dive centre had met their obligation by getting them to sign off additional waiver forms so the diver was not responsible if anything adverse had happened. At the time, the diver didn’t have travel insurance. There was an assumption that their work would pay for any medical treatments needed. In hindsight, this was likely a false assumption.

The diver was relatively intelligent, they were studying for a Masters degree in Aerospace Systems. They were well aware of risk management techniques because of the job he was in having had more than 1000 hrs operating military tactical aircraft in day and night operations down to 250ft and supervising and instructing other aircrew doing the same, along with previous experiences in lead and bolted rock climbing, whitewater canoeing and off-road mountain biking.

So why did they make such a stupid decision?

Nothing really bad happened. But what if they had got bent or suffered a major injury due to their equipment not working as expected? Would that make the above appear even more stupid? Furthermore, given the amount of lead both divers were wearing, it isn’t clear whether the pair could have ascended with only one BCD given the compressed wetsuits they were wearing. Ditching that amount of lead would have meant shooting to the surface.

That diver was me. I didn’t know what I didn’t know. Even worse, I didn’t know that I didn’t know. I was one of those Dunning-Kruger people I often talk about. This is why I speak from the position I do. Yes, I know I am a sample of one, but I have also spoken to numerous other divers who have had similar experiences as I have, so such events are not that rare. 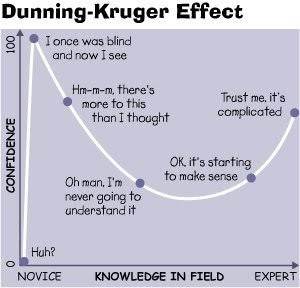 So the next time you read about a diver making a stupid mistake, or ‘breaking the rules’, look deeper into the story and understand how it made sense to them at the time. This curious and inquisitive attitude needs to cover those ‘unnamed and unknown’ divers who are just starting out, to the cases like Brian Bugge and all the way to the high profile cases like Rob Stewart.

To blame an individual for apparently daft decisions without understanding the context means that we will continue to have the same mistakes happening in diving. When we make decisions which are based on uncertainty and subsequently being able to take responsibility for them, first we need to be very clear what the outcomes are likely to be. The way the diving community sugar coats the ‘safety message’ to ensure the industry remains viable is doing nothing to improve safety because it does not really identify how often the negative side of risk-based decisions come to the fore - even if they don’t end up as a death or DCS. The majority of violations in diving do not happen because divers are stupid or reckless, they happen because the divers are unable to examine the uncertainties involved and truly look at the possible negative outcomes because

a: they don’t think it will happen to them, only to other people or,
b: they haven’t even considered that such events happen because they have never heard about such eventualities and therefore they cannot be part of their mental models of reality.

This isn't about having a rule for each situation and getting people to follow them, because we know that won't work. Diving is a recreational activity which has a residual risk which cannot be removed. Some of the risks taken during diving return some amazing rewards. However, some of them, in hindsight, appear to be stupid. Whenever you read an incident report or a social media post about a dive which didn't go to plan, remember what the Hidden QC, the barrister who led the report examining the Clapham Junction train crash in the UK, where 35 people died and more than 450 people were injured said:

“There is almost no human action or decision that cannot be made to look flawed and less sensible in the misleading light of hindsight. It is essential that the critic should keep himself constantly aware of the fact”