Who owns the risk in diving when something goes wrong? 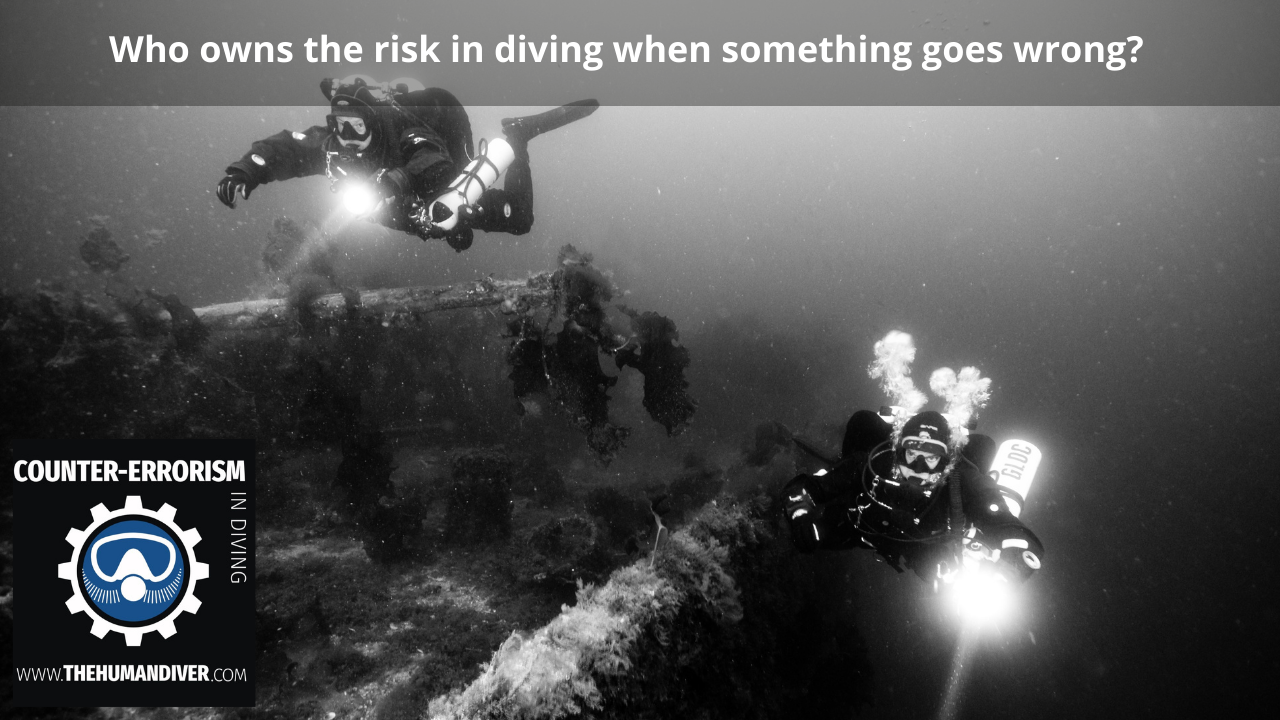 I work in a number of different domains teaching people about risk management and critical decision skills when operating as part of a high-performance team. The domains include sports, military and scientific diving, and also the construction, power generation, healthcare and oil & gas sectors. What is apparent is the difference in how risk is managed, especially considering what happens when the risk is materialised, and the hazard is encountered leading to harm (loss of material, personal injury, or death).

A diver is a freelance divemaster (DM) and is working for a dive centre. They have been asked to DM for trip where the seabed is 42m (125ft) and the wreck top is 30m (100ft). This trip is marketed as a ‘recreational trip’. A large number of divers from another dive club/centre book onto the trip and arrive with 32% nitrox having been told by the dive centre that it is an acceptable gas for the dive. Note, on this day, high tides meant that the top of the wreck was closer to 33-34m (112ft) and the seabed 45-46m (151ft).

I am sure you’ve got some ideas already. I am confident that a fair majority of them will relate to maximum pO2 limits and the risk of an oxygen toxicity event (32% pO2 1.4 at 33m/100ft), others might be thinking that the divers are certified so they can do what they like, some might suggest that the divers stay at the top of the wreck and don’t exceed a 1.4 pO2 of 33m and others might be about the DM walking away from the operation if the dive centre allows divers onto a dive with that gas.

However, before I go into the above example with a little more detail about what would happen if the risk materialised, we need to be clear on the terms risk, hazard, safe and safety. 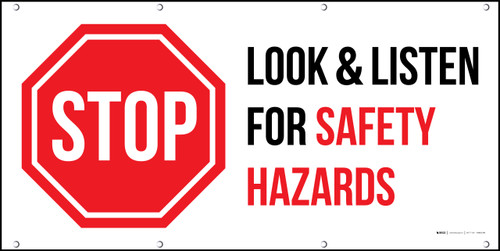 Highlighting these definitions might appear to be focusing on semantics but they are important terms when it comes to operating in a professional environment where there is a legal requirement or obligation to manage risks to a level which is ‘as low as reasonably practicable’ or ‘so far as is reasonably practicable’. These are UK Health and Safety Executive (HSE) terms and OSHA likely has something similar.

Using the above definition, we can see that diving is technically unsafe as we are not free from harm or risk because there is always some probability that a hazard will be encountered during our dives.

However, we are always managing risks in our lives from crossing the road to driving to work, and therefore there is an acceptable level of risk that we are personally willing to accept because the benefits of completing the activity are greater than our perception (or reality) of the negative risk. Note, that this acceptance for the majority of cases for diving is at a personal level.

Our perception of risk and its acceptable level is massively influenced by cognitive biases and heuristics (mental shortcuts). We are not able to accurately compute numbers for every situation, so we make assumptions based on previous experiences. However, the more personal and emotional the experience, the more weight this experience has even though it might have a low, statistical probability. This was the subject of the presentation I gave at Eurotek in 2018 and a similar one at DEMA in 2018 on how decisions are really made in uncertainty. 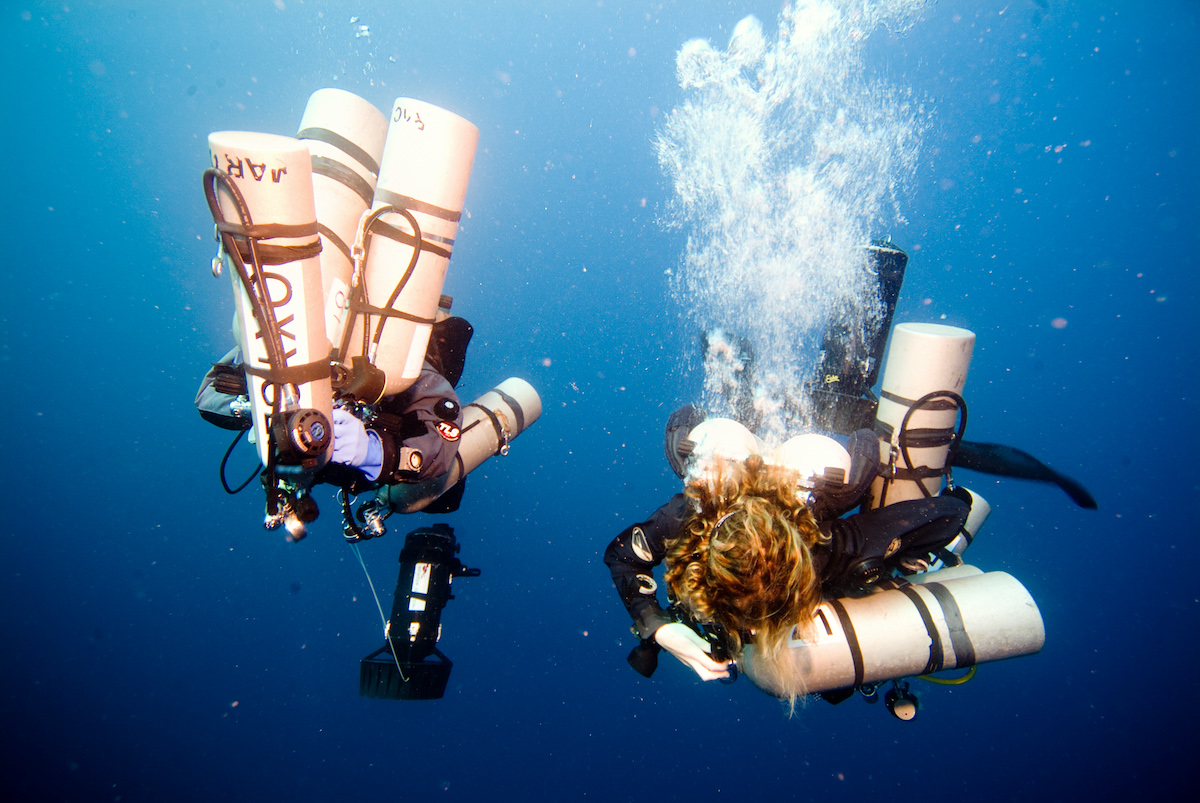 When we personally go diving, we are constantly making assumptions about what might happen (positive and negative). We are constantly making ‘educated guesses’ based on our training, personal experiences, what we have read and what we have heard. In the majority of cases, our assumptions are validated (because nothing goes wrong) and we continue doing what we do. This is normal human behaviour. You could consider it complacency, the definition of which is “a feeling of quiet pleasure or security, often while unaware of some potential danger, defect, or the like.”.

Depending on what the goal of the dive is, we are sometimes willing to push those limits and exceed previous acceptable levels e.g., exceeding the MOD of the gas to see a new part of the wreck, to end the dive with less than the minimum defined amount of gas because you were looking at new species, exceed the decompression limit of our training… Continually doing this is a known as normalisation of deviance, a term coined by Diane Vaughan in her book ‘Challenger Launch Decision’ where we gradually erode the safety margins we have previously learned because nothing bad has happened. This video I recorded explains it in a little more detail.

If the risk is materialised, the outcome could be damage to equipment, an injury to ourselves or our death. We as individuals would (potentially) suffer but there are others involved that we should consider when we push boundaries.

So, it isn’t just us that owns the risk when a hazard is encountered as others are emotionally harmed in the process too.

In the DM example outlined at the start, the personal level of acceptable risk is only part of the equation that needs to be considered. The other part is being part of a professional diving operation. 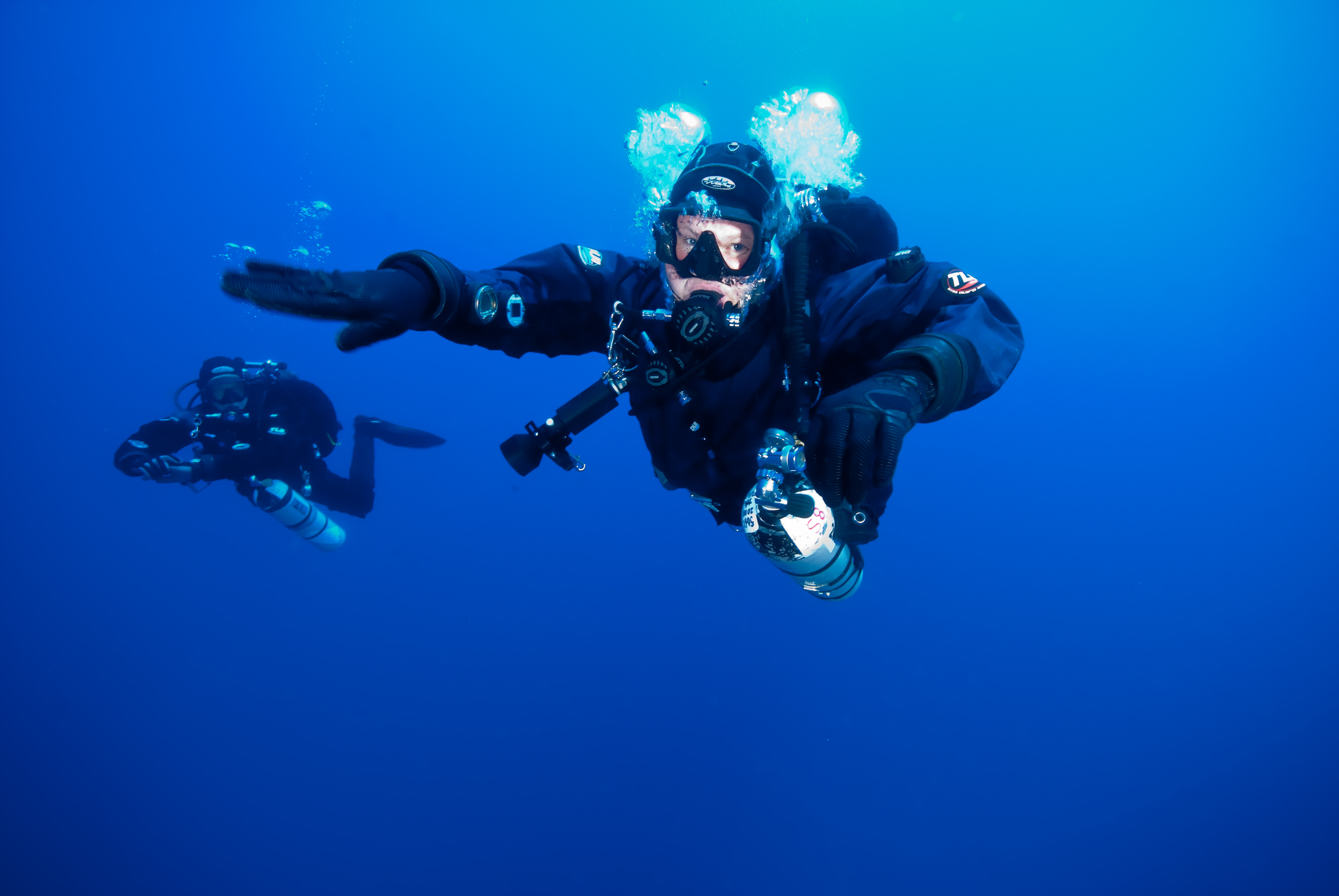 Professional Diving – i.e. some form of reward is involved

Now consider what happens when divers are now part of a professional organisation or they are at work and risk is materialised. Many of the issues raised above are still valid, but they have additional risks to consider like reputational risk and risk of litigation. This isn’t just the professional that has to consider this, but also the dive operation.

Note that professionals are expected to have a duty of care towards their clients, to manage the risk on their behalf to an acceptable level. The use of liability waiver forms goes some way to transfer the risk to the client, however, ticking a form that says (paraphrased) ‘you understand the risks and accept them’ doesn’t actually mean the majority of divers actually understand the risk as they have no idea how they are making this decision. Ticking the box on this form is heavily influenced by emotions, not logic because the consequences of not signing the form mean the diver doesn’t go diving! With 10 dives to my name, I was exactly this diver. As an OW diver in San Diego, I signed additional liability forms that allowed me to dive to 30m on Wreck Alley, somewhere I had no place in being, especially when my rented BCD had a slight issue…

There are numerous grey areas in this scenario.

I had a quick search on the PADI websites for Enriched Air certification requirements to see whether an EANx course certifies you for different nitrox mixes e.g. 28% which would be a ‘better’ gas for this dive. Even though the certification is for up to 40%, original crew packs were for 32% and 36% and the blogs all list the benefits of 32%. This could lead to an assumption that the certification is only for 32%. 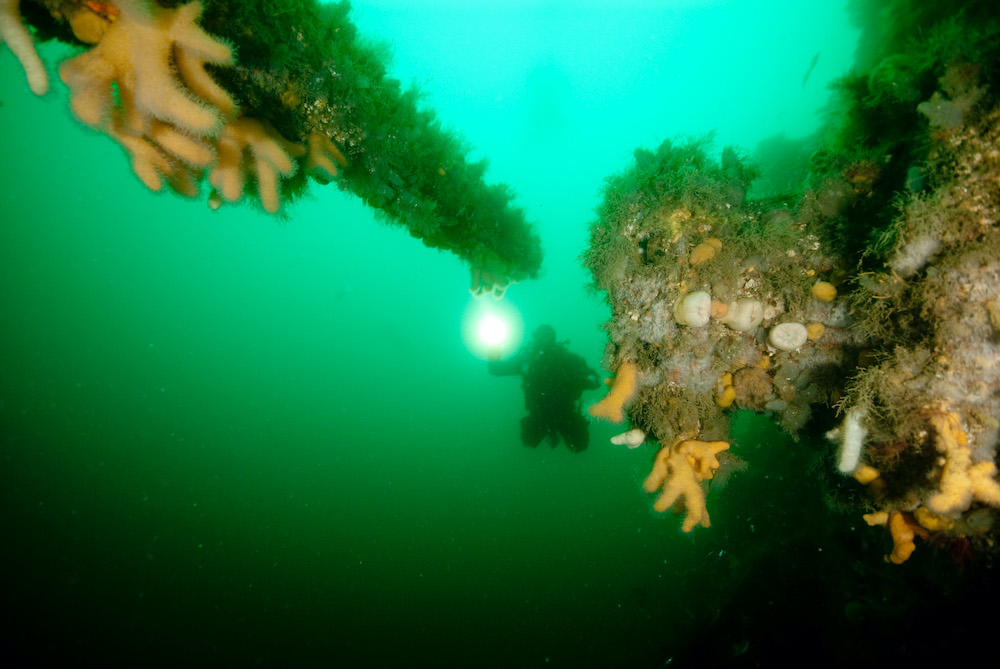 So, what should this DM do?

My question to the DM isn’t so much what they should do, but rather it is more about how the shop is rationalising the situation and how they are going to deal with the risk when it materialises. How will the DM be treated? Will OSHA be interested in the concerns of the DM? They might ask the question, “if the DM had concerns, why didn’t they say something?” Who owns the risk now? Or rather, who owns the outcome?

I hate the whole litigation thing.

Partly because the answer is ‘insurance protects us’ (the organisation) but it doesn’t bring back the dead diver, and partly because when litigation happens, it is not possible to learn from the error-producing conditions as the stories about how it made sense for those involved do not get told. For learning to really happen, for the difference between ‘Work as Imagined’ (what is written down) and ‘Work as Done’ (as it is actually done) to be identified, the whole story, including where rules were bent, modified and broken to get the job done, are told and the gaps closed. The gaps aren’t effectively closed by adding more compliance requirements, but by understanding the tensions in place within the system and acknowledging there is a need for education and change.

There are rules to follow, I get that. However, rules in of themselves do not make safety. They provide a structure to create a safe operating environment and it is humans who create safety by balancing risks, goals and constraints. If rules are consistently being broken to achieve a goal, we should look at why this is the case, not try to continue blindly enforce them or add more rules.

There are very few black and white situations in diving. Our perception and tolerance of risk (or uncertainty) is heavily influenced by emotional and cognitive biases. We can choose to go diving or not but bear in mind that many of the ‘choices’ we make are not active choices, they are subconsciously based on whether something bad has happened before or whether someone in authority suggests or agrees with your idea. Leaders, noting that all professionals are in a leadership position, influence those with less experience and knowledge.