Authority Gradient - Why people don't (or can't) speak up. 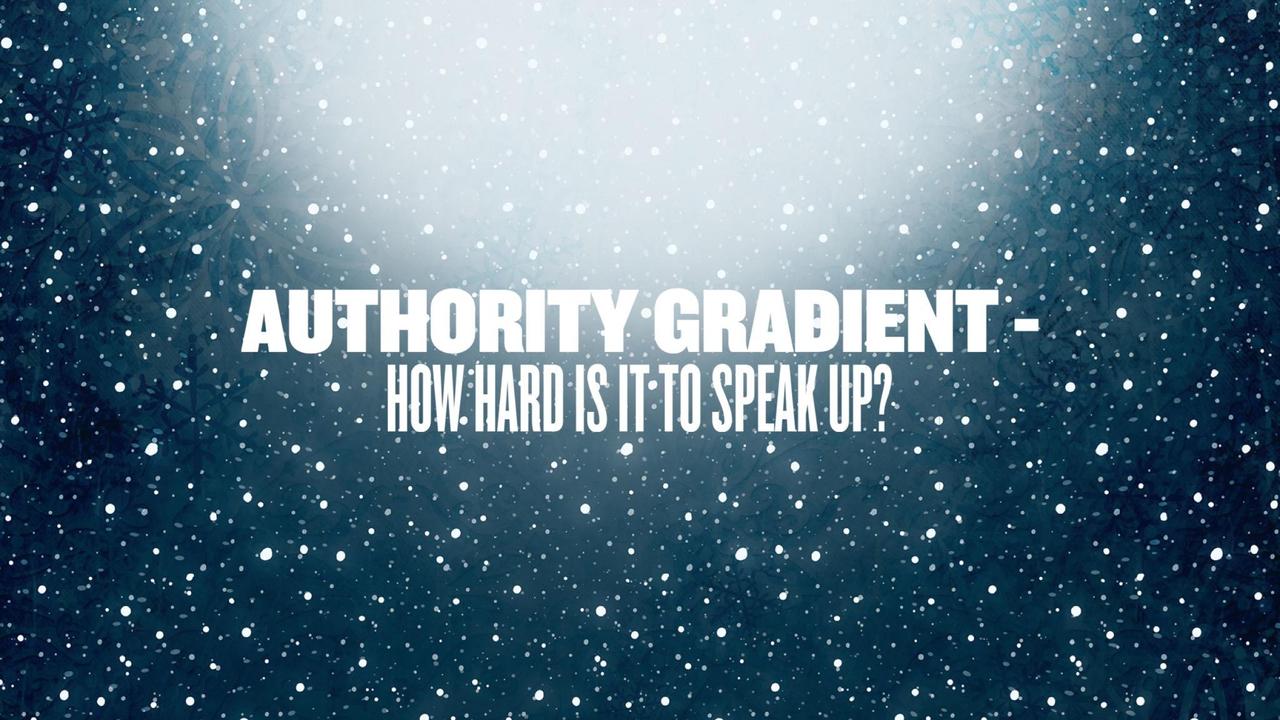 I was chatting with a colleague this morning about the inability of teams to speak up when needed, especially when there is someone very senior in the room and we talked through some examples like the Tenerife Crash of 1977, or the case of a surgeon who removed the wrong kidney despite a medical student questioning the status quo.

He pointed me in the direction of this German research paper in which showed how big the problem can be:

"During debriefing participants were asked to verbalize the motives which they thought might account for their silence or level of challenge. In situations where non-verbal conflict resolution was possible 65% of the participants pursued that strategy whereas 35% voiced an opinion."

So it appears that the majority of subjects would rather physically do something rather than raising a concern verbally which might lead to conflict.

"Situations necessitating verbal intervention were identified in 66% but 72% of the participants chose to remain silent. Team members decided to challenge the attending physician in only 28% of the situations. In 35% their statement was oblique, in 25% the problem was addressed but not further pursued and only in 40% did participants show crisp advocacy and assertiveness and initiated discussion."

So even when a challenge was made, only 40% of participants were assertive! This highlights potentially a lack of training, skills or awareness of how to be assertive without being confrontational.

"Asked why they had refrained from challenging the attending physician 37% had no answer, in 35% of situations participants observed a discrepancy between their own knowledge and the intended course of action yet they decided not to address the problem, 12% explained their behavior with the perceived authority of the attending physician and 8% stated that in their opinion attending physicians violated SOPs on a daily basis. None of the participants had the feeling that the simulation setting had provoked a response different to what they might have done in everyday life."

"Own knowledge and intended course of action" - The lack of situational awareness in this context could probably be alleviated by effective communication before the task started at the briefing stage. What the plan is, who is going to do what when and what might happen, and if it does, who will do what.

"authority of the attending physician" - There is an obvious deference to authority and the gradient is clearly present but there is an inability to speak up.

However, it should be noted that the perception (or reality) of an authority gradient is created by the person in authority and therefore it isn't simply a case of telling the junior staff to speak up, it is essential that those in senior positions create and maintain the situation, and therefore they have to be proactive if they are to change the status quo and improve patient safety.

Non-Technical Skills training provides the subject with the knowledge, experience and practice of challenging in a non-confrontational manner. This research, unfortunately, shows that just talking about it won't change much.

If you are interested in developing your knowledge, experience and practice, visit http://www.humanfactors.academy for more information.