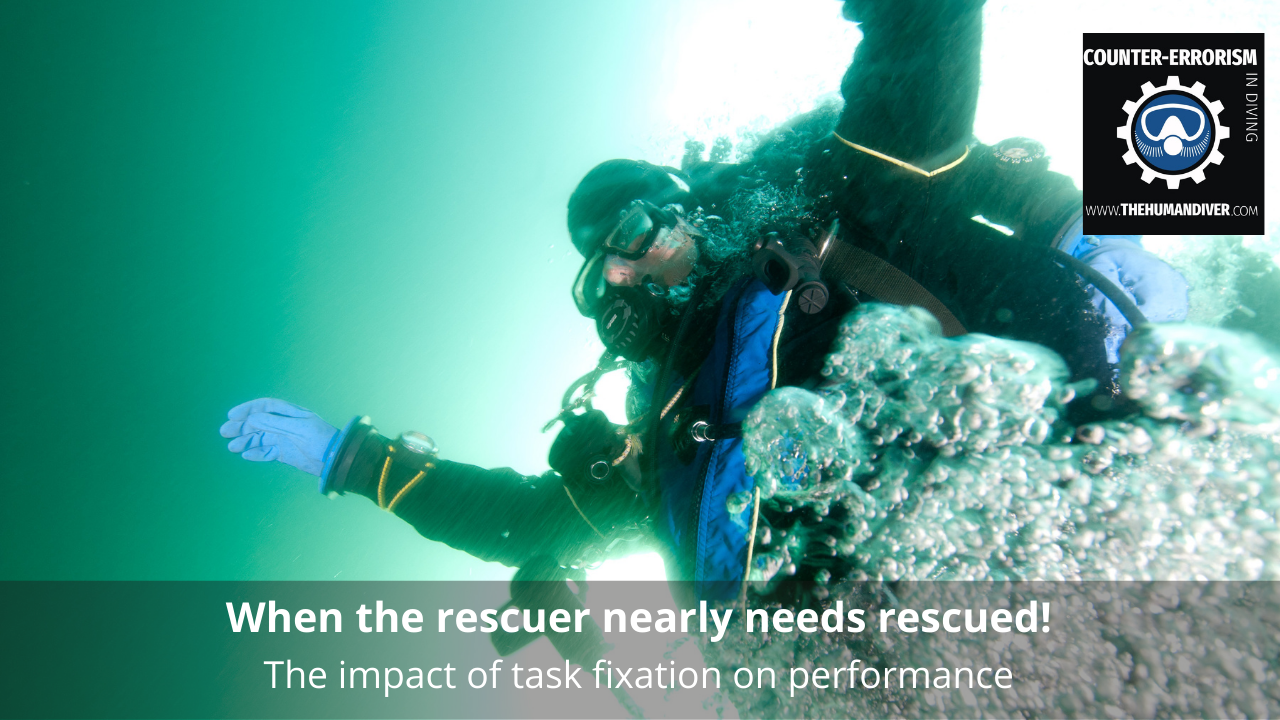 A few years ago I was assisting as a simulated victim on day one of the practical phases of a PADI Rescue Course at an inland dive site.  Apart from me, there were two students, who I shall call Jon and Dave, an instructor, a DM and another assistant, like me, a qualified rescue diver with about 200 dives.  Jon and Dave were both mid-twenties, fit, and with about 40 dives each.  It was a sunny day, about 12C in the water and vis of about 6 metres in typically murky UK water.  We were all in drysuits and standard single 12-litre back-mount recreational rig to fit in with PADI course requirements. The morning covered basic skills.  Both students appeared very competent, if somewhat ‘hyped-up’ and a little apprehensive about the afternoon’s activities, which would include a practice scenario, working as a buddy pair. 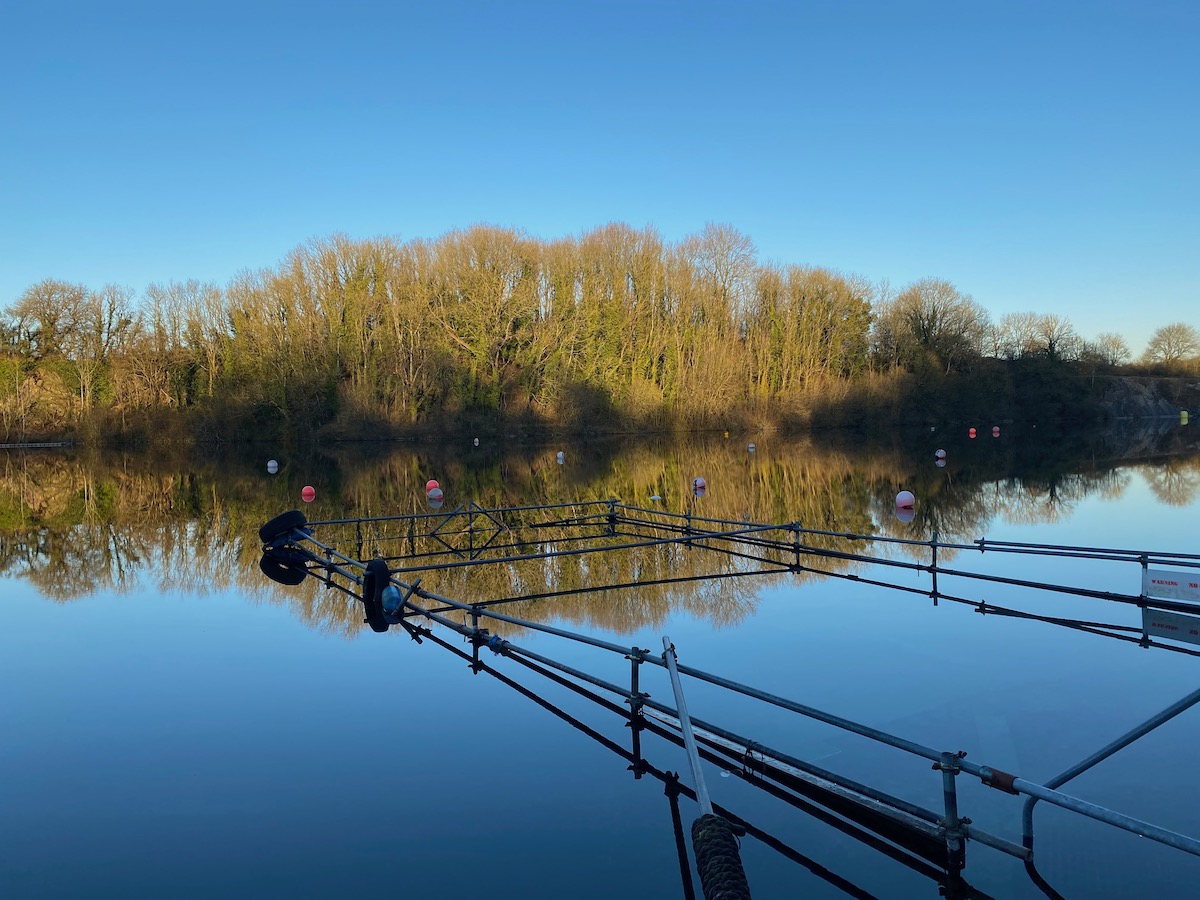 After lunch and with everyone filled back to 210 bar we re-entered the water.  The plan was for the instructor first to lead us all on a short, 15-minute bimble to allow the students to relax, after which they would go off with the instructor and DM for more skills instruction and practice, including a search pattern. We, as assistants, would position ourselves on the route back to act as simulated casualties.  My buddy and I sited ourselves at around 10 metres on a slope up to the exit and waited.  My buddy became ‘unresponsive’ on the bottom and we waited, enjoying relaxing in the sunshine.  After something under 40 minutes our students appeared, shadowed by the staff, spotted us and dashed over at high speed.  They found me trying desperately but ineptly to get my buddy to move.  The students quickly assessed the situation and took charge.  Dave did a good lift on my buddy while Jon, although noticeably excited himself, calmed me and motioned for me to follow him up after Dave.  I simulated being overcome by fatigue and signed that I would need help. 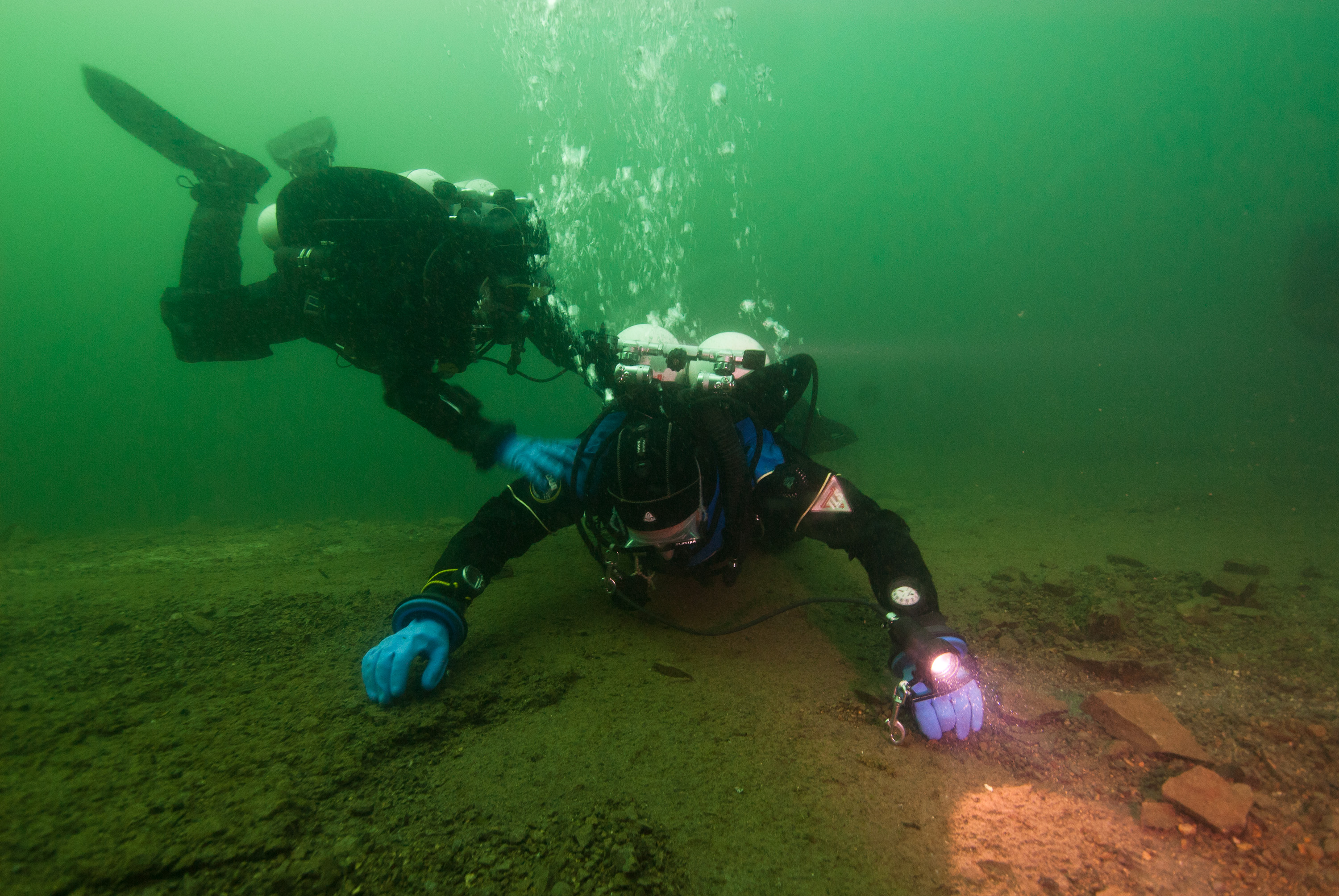 But Jon then got even more agitated.  He first tried just swimming up with me, which wouldn’t work on its own as I was nicely negative.  He then tried dragging me, increasingly frantically, along the bottom up the slope to the exit.  But this was slow progress. Finally, he did grab my inflator and we began a rush to the surface that I myself had to restrain to achieve a safe rate.  Assisted by the DM, Jon was then fine with the kit removal on the surface and delivered me safely to the exit point.  Back on land he apologised for the precipitate ascent and explained that once he had seen Dave execute the lift on my buddy he had checked his SPG to find he had just 10Bar left.  He showed me his SPG on the bench and it now read zero.  He adamantly did not want to mention this to the staff but finally agreed to sit down and have a chat with me.

The low-gas situation was plainly down to a failure to monitor, but why?  And what other action could then have been taken.  What do you think of this analysis?

First, the students had had a lot to take onboard in practising what were still new techniques in a much more challenging environment than the pool they had been in the previous weekend.  Both had been very focused on the training and the need to perform well.  Combined with maintaining a fairly shallow depth, a max of around 12 metres, Jon had been confident that he would have plenty of gas.  This put him in a mindset where checking gas was reduced in importance.  Thinking back he had not checked it since the ‘bimble’ phase, about 10 minutes into the dive.

So why was his SAC high?  Jon had previously done only 6 dives in a dry suit, and this was a school suit.  Working the suit wasn’t yet instinctive and it wasn’t a perfect fit.  This alone would increase gas consumption.  But on top of that came performance anxiety, leading to physical and psychological stress.  I know that my SAC stretches from 10 litres/min, in a shorty drifting around a warm tropical reef, to 30 l/min in the cold and dark and a dry suit doing my own rescue course.  Even the bimble had been more stressy than intended as when he and Dave did stop to check SPGs they had lost the instructor in the poor vis and had a few moments of hard swimming and concern before they picked him up again.  Might this have then disincentivised gas checking as a ‘distraction’ from core course activity? 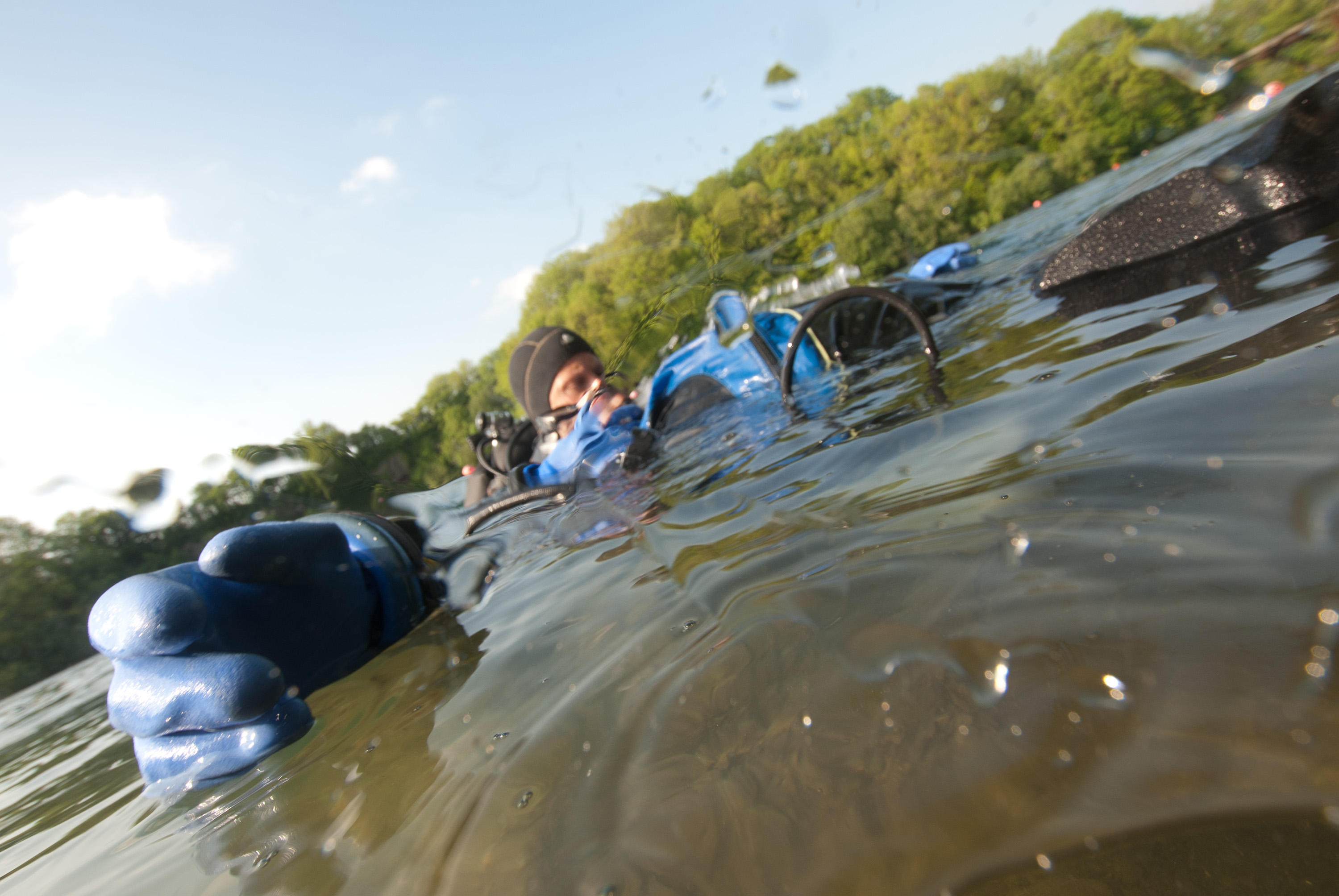 What about the instructor and DM?  They should have noticed that students weren’t cross-checking gas but had themselves fallen prey to task focus, exacerbated by the fact that the students appeared confident and alert so it was not immediately obvious how close they were to the limit of their experience/competence envelopes.  Also, this was an advanced course so watching for such basic things as gas checks might again have assumed a lower mental priority.

At the other extreme, I had had a really easy time and had so much spare capacity I had fallen well below my arousal threshold.  Rather than dreaming, toying with the fish and idly playing with trim, I should have spent my time thinking about the wider picture, how long the dive had been going on and what gas the students might be burning.  I could have been a lot more ready. 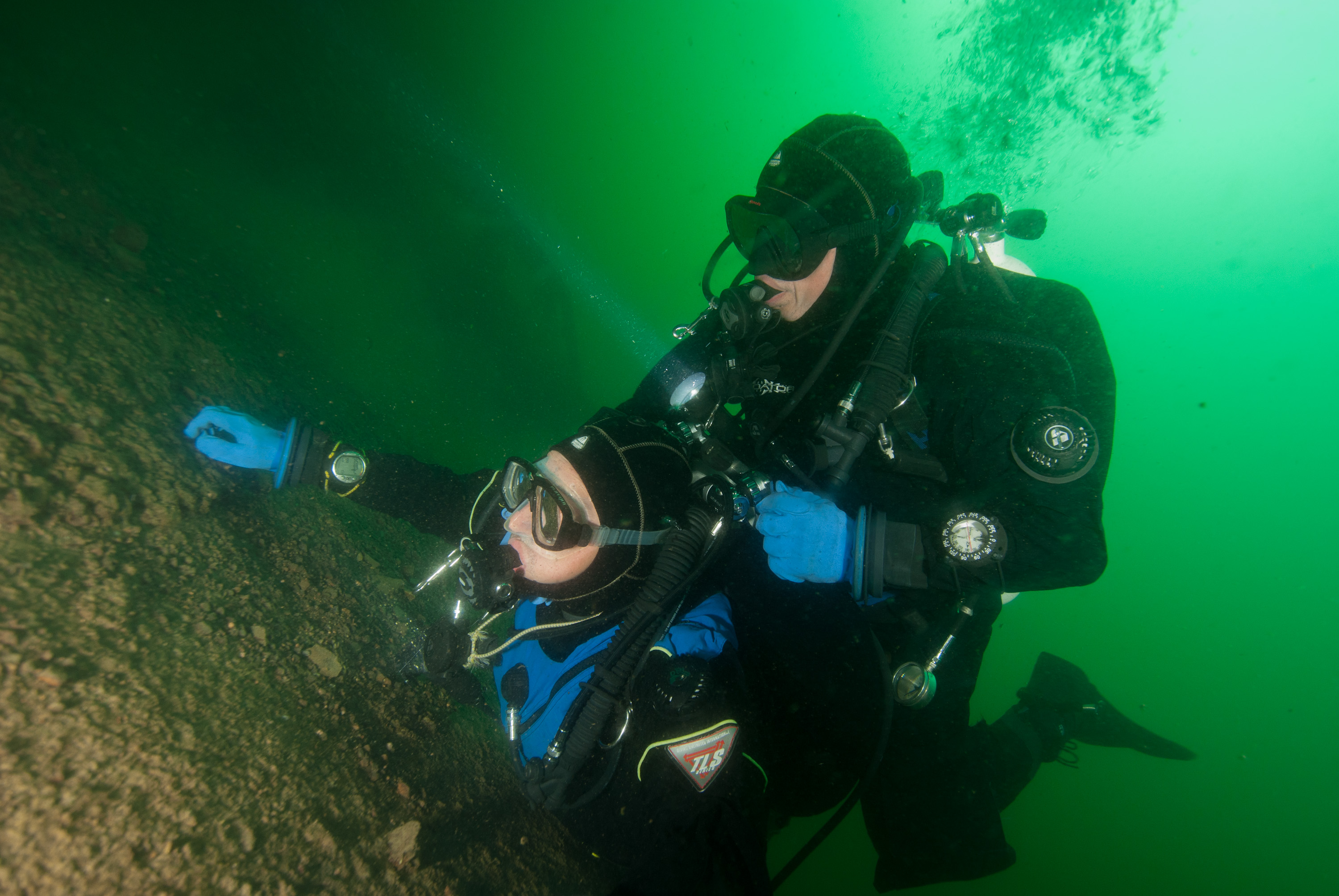 So to the final ‘rescue’.  In the scenario, Jon was the rescuer and I was the helpless victim.  But outside the scenario, I was in great shape and had around 120Bar.  Jon was so focused on his role that despite a dire shortage of gas asking for assistance in the shape of my alternate never crossed his mind.  Similarly in my role, I was not expecting to deal with a diver in distress and so I didn’t analyse the situation correctly.

So I think there were lots of good lessons for everyone that day. Fortunately, we were at a shallow depth with little danger of DCI and a short swim up.  Perhaps at 20m or below there would have been different thought processes on both sides but that involves too many what-ifs to go through here.  But I’ll finish by noting that we had specifically picked the rescue site to be shallow so that the students could fail safely.  It was just that the problem that did happen wasn’t one we had specifically planned to mitigate.  I’d also add that the Instructor and DM were not in any way autocratic or unapproachable but Jon was still very uncomfortable about admitting what had happened.  It just showed how far you have to go to instil a true just culture in an assessed setting.

This blog was submitted by a member of the Facebook group. In it, the writer describes the key issues of situation awareness, task fixation associated with high workload, low arousal states leading to reduced situation awareness. Finally, the contributor highlights the impact that a lack of psychological safety can have (reduced ability to speak up) and a general lack of a Just Culture where errors/mistakes and violations are accepted as part of normal human behaviour, which means that lessons are not easy to share. The fact that this useful story came in via an anonymous route is indicative of the problems we faced in the diving sector if we are to learn.

Gareth Lock is the owner of The Human Diver, a training and coaching company focused on educating and developing divers, instructors and related teams to be high-performing. If you'd like to deepen your diving experience, consider taking the online introduction course which will change your attitude towards diving because safety is your perception, visit the website.