The Importance of Decision Making in Setting Goals: Ensuring “The Juice is worth the Squeeze” 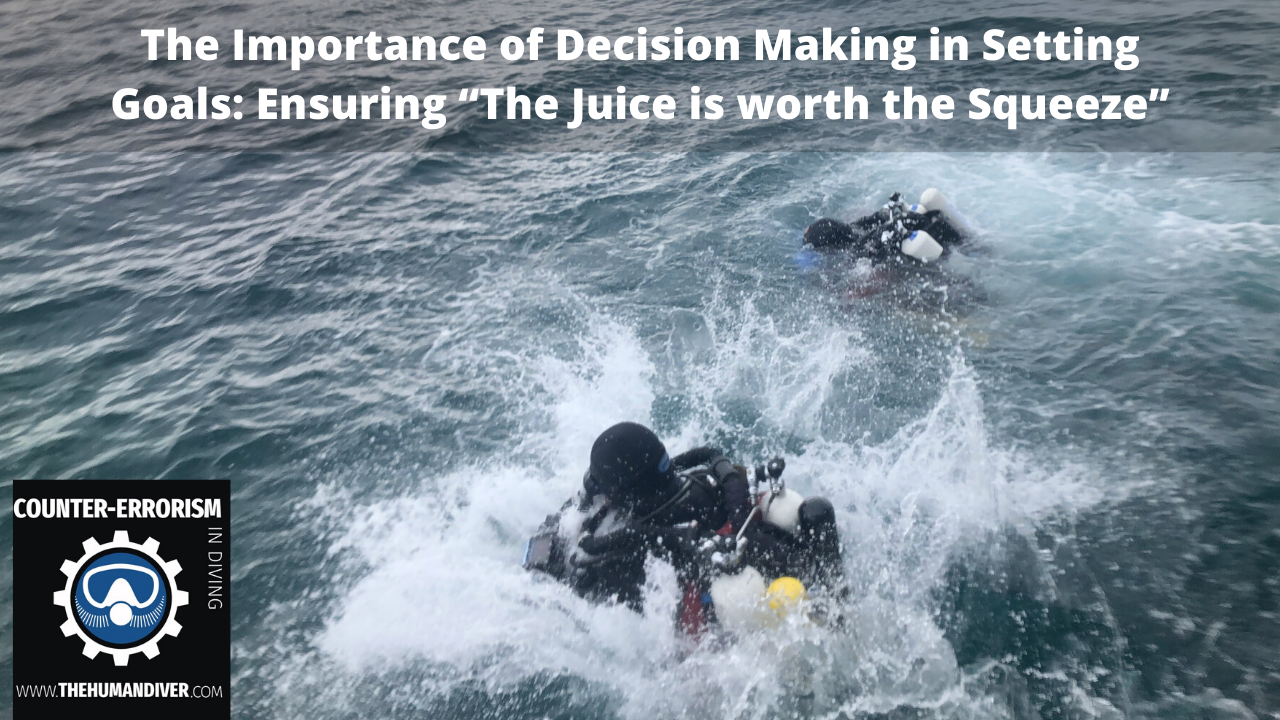 It would be difficult to imagine a life that didn’t involve goals. Goals provide inspiration, direction and motivation for nearly everything we do. Goal setting is responsible for nearly all the amazing things that we do, from walking on the moon to diving into the Marianas Trench. In a simpler form, goals get us out of bed in the morning and help us put food on our table. Goals and goal setting are synonymous with human nature and part of who and what we are. Indeed, goal setting is almost always viewed as a positive act on our part and something that drives us to accomplish things.

Goal setting also has a darker side and one that can lead us into trouble. In his book “Destructive Goal Pursuit”, D. Christopher Kayes reviewed the events surrounding the tragedy on Mount Everest in 1996 where experienced mountain guides Rob Hall and Scott Fischer led teams of climbers in a summit attempt of that mountain that ended in disaster. Eight climbers perished in this tragedy including Hall and Fischer. 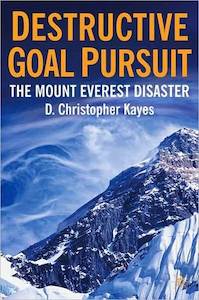 The title of Kayes’ book aptly depicts the nature of the tragedy. With the benefit of hindsight and full knowledge of all the variables that would affect their climbing attempt, it is easy now to see how the teams were fixated on their goal of reaching the summit while ignoring seemingly obvious information and signals that dictated they should have turned around much earlier in their attempt. One of the real values of this case study though is how we can rationalize nearly anything with enough motivation. In this example, there were multiple factors at play that would influence the climbers’ decision making and Kayes uses this study to make some interesting observations about human decision making and its relationship with goal setting.

It is against this backdrop then that I was recently provided with an “up close and personal” example of how “destructive goal setting” can work.

Over the last few days, I have been teaching an advanced CCR trimix class that requires a great deal of capacity and experience to achieve success. Both the students fit the prerequisites for this bill perfectly. One of the students had travelled thousands of miles and made arrangements for his family to travel with him so he could both spend the evenings with his family during what was a holiday in his home nation as well as attend the course during the day. This was a major commitment on his part in terms of both time and money. He owns and runs an important business in his non-diving life and he has many clients and employees that count on him making good decisions. He is exceptionally smart with multiple graduate degrees and a genuinely nice guy. I have gotten to know him over the past few years and his love for his family and passion for diving are very obvious. His teammate was a full-time diving professional with an impressive pedigree of diving experience and also one of the funniest people you could ever meet. He’s also extremely smart and has what I would consider a high level of common sense. 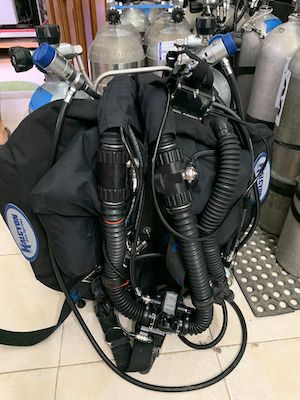 The first day of the class went without a hiccup as we basically reviewed our previous skills and established a performance baseline for forward progress. The second day saw us in slightly deeper water and here things started to go pear-shaped. On stabilizing at the target depth, we noticed some funny information coming from one student’s CCR controller so we tried to troubleshoot this over the next couple minutes. Given our depth and what we were doing we were not at risk however we chose to end that dive and discuss on the surface. We were in a very controlled environment however I am what you would call a “belt and suspenders” kind of person, meaning that if my belt fails, my suspenders will still hold my pants up. This means while I am not risk-averse, I am very risk-aware. We collectively decided that we should not move forward with this dive until we had resolved the equipment problem. We exited the water and collected our equipment and headed back to the dive shop. This was not a simple task with a lot of effort to get in and out of the water with our equipment and about a one hour drive each way from dive center to dive site. We worked on troubleshooting the problem and eventually chose to replace the part of the system that we thought was causing the problems. We decided to rally the next morning with the intent on compressing the remaining diving into a now shorter period of time.

The next morning, we repeated our efforts and hoped we had solved the problem. It was clear that when we arrived at our target depth that the problem was still there. We ascended again and discussed the plan ahead and while we believed we had isolated the problem it was not something that we could fix without again returning to the dive shop. We were now faced with having lost 1 1/2 days of training on a demanding six-day course and we had some decisions to make. These decisions were compounded by the fact that the equipment issue seemed sporadic and maybe even manageable at the depths we were diving. 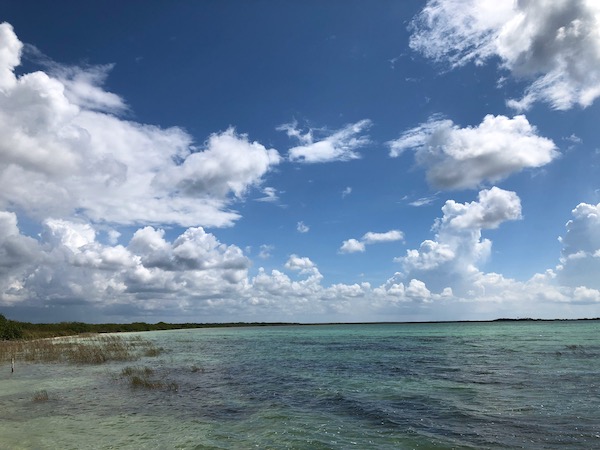 And here is where we circle back around to the topic of destructive goal setting.

We were a highly motivated group of divers who had the goal of completing their course in the location and time frame available. One of the divers had travelled thousands of miles, as had I as the instructor to teach this course. There was a considerable cost involved for the students as well as a lost opportunity which for both the students also represented a significant loss. There was also some pressure to succeed at one of the pinnacle training courses in our diving world. One of the students was going to be out of commission after some surgery coming up so he would not easily and quickly be able to complete the class in the short term. All these pressures were working in the background as we were deciding what to do.

As these events were unfolding, and we floated on the surface of the water, I couldn’t help but reflect that what we were doing, as we considered whether we should dive or not, and/or still try to condense the six-day format into the time remaining and thus try to meet all the performance requirements in a shorter time frame, was exactly the sort of decision making cycle that Shaw and Fischer had made on Everest. Granted we were hardly at the top of the world in the middle of a blizzard, but the process of our decision making was similar. We were trying to decide if “the juice was worth the squeeze”. The member of our team who had travelled the furthest and incurred the greatest cost was pushing for us to “give it another try” with the equipment that was not 100%. Interestingly, it was actually his equipment that was causing the problems yet his goal of completing the course with all the pressures surrounding him to do this was causing him to make, what was, in my view, a decision that fell outside of the risk matrix for this course. The other student agreed with me and after some discussion, we collectively decided to stop diving until our equipment was in perfect working condition. I was prepared to make that decision unilaterally as the instructor, however, I was much happier that we had achieved a consensus. It seemed pretty clear to me that our attempt to reach our goal on that morning could have easily been the topic of a case study in a destructive goal setting. 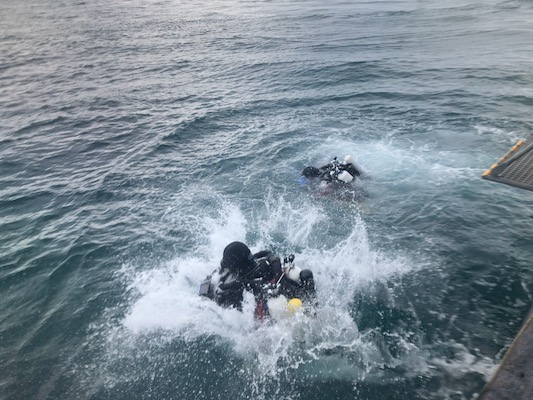 You don’t have to be a diver or a mountaineer to recognize the pressures of destructive goal setting. In fact, with the knowledge of this aspect of human behavior, it becomes relatively easy to find examples nearly everywhere you look. As Kayes’ mentions, goals become difficult to abandon once you have set them. Then all those things which make goals laudable in their nature are working against us in stepping back or away from our goal. We may even make questionably ethical decisions in the pursuit of our goals. In our case, I would clearly have been doing this if I chose to move ahead that morning in our diving instead of stepping back and taking a hard look to see if “the juice was worth the squeeze”.  Kayes also suggested that open communication was important to coordinating teamwork and that teams which were “empowered” could learn to correct errors faster after identifying them. In our case, because there was a relatively low authority gradient within our class, the second teammate could more easily speak up and add his opinion and thoughts to our discussion.

Goal setting encourages us to do many amazing things but its insidious twin brother can be responsible for the ensuing tragedy. An awareness of the factors which shape and influence our decision-making is vital to help us make better decisions. 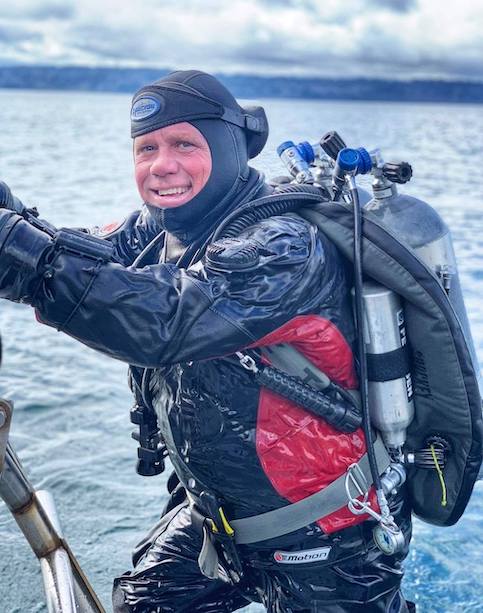 Guy Shockey is one of the Human Diver instructors. He is also a GUE Tech 2 & CCR 2 instructor operating from Vancouver Island, CA. You can find more about him and his courses here The Human Diver resumé and GUE Instructor Resumé