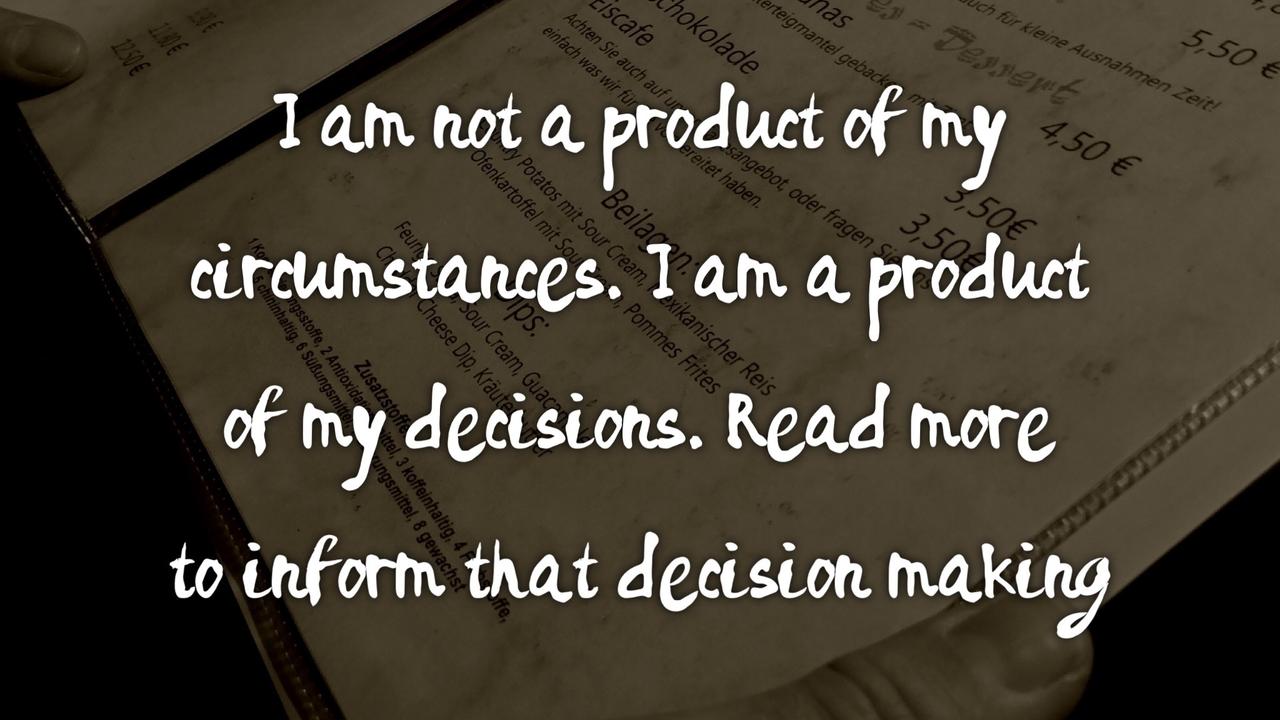 This is a list of articles published in magzines, journals or conference proceedings...the link may take you off the Human Factors Academy website.

Kicking Boxs Podcast - Episode 21-Disrupting Perceptions Around Human Error and Reducing Normalized Deviance. In this episode Gareth Lock and I talk about human factors and the importance of creating a team based environment and culture that supports open and honest feedback for safety and organizational improvement. Gareth talks about his efforts to improve safety in recreational diving as well.

“Can you have a violation in an environment that doesn’t have formal rules?” - Published in proceedings of 2016 Annual CIEHF Conference.

...You might think that such skills are not needed in a recreational environment, partly because it is a fun activity, but also because there are no social or organisational structures present to require such skills. If you think this, consider all of the accidents and incidents that you know of and think through what the contributory factors were. How many of them could have been prevented by having (effective) non-technical skills, a clearly communicated plan before getting in the water, making and executing sound decisions when changes happened, noticing how things were changing, but no one wanted to (or could) say anything? Is it any wonder that “human factors” and “human error” rank so highly when it comes to diving incidents or accidents if non-technical skills are not taught?...

...If we now consider recreational and technical diving, how many accidents or incidents are actually down to the equipment technically failing in an undetected or uncontrollable manner? From my own research and that contained within the literature, very few considering the hundreds of thousands or millions of dives which take place every year. The common factor is the ‘human’...

Gareth Lock is a technical diver who has a keen interest in understanding how human errors manifest themselves in the sport diving arena. He has used his experience and knowledge gained as both a ‘Flying Supervisor’ and a ‘Tactical Flight Instructor’ to apply ‘Human Factors’ techniques from military aviation to improving diver safety.  Gareth and Todd discuss the journey from Aviation Safety to Diving Safety and everything in between. This is a great podcast.

This month's case study concerns a diver with a safe attitude who, through peer-pressure and a desire to please their instructor, found themselves in a very dangerous situation. It nearly cost her her life.

This incident involved an experienced diver having an issue on descent to a deep wreck due to running out of diluent, this is despite them using a checklist. The analysis shows that having a checklist isn't enough, it needs to be followed correctly and diligently, otherwise incidents will happen.

As we seek to enhance the culture of safety in scuba diving, we cannot just import the experiences, practices and processes from aviation and other domains with established safety cultures. As a recreational activity with no single organization responsible for its direction or regulation, diving cannot readily incorporate the lessons we can learn from more organized frameworks. This is particularly true because some level of risk is an essential part of our enjoyable and challenging sport.

The following two case studies will show that decision-making is never as easy as we think it is, and why we sometimes make bad decisions that end up as an incident or a fatality.
Incident 1: Switching the O2 cylinder off on MCCR whilst in-water - Hypoxic Event
Incident 2: Lost inside a wreck at 45m - a chain of events
Those involved in aquatic safety sometimes wonder why people made the ‘stupid’ decisions they make as the choices were obvious. Unfortunately hindsight bias means that we already know what the outcome was. Furthermore, we forget that those involved in incident only have the information available to them at the time whereas afterwards those examining it, have much more! Incidents are rarely caused by simple linear decisions, they are a network of contributory factors which are normally only apparent after the event and therefore we should be careful not to judge right or wrong.

Admittedly a rather contentious title, but it’s supposed to be. Debates over whether diving, or even certain types of diving, are safe sometimes get emotive and heated, depending on the arguments being made. These include: Is closed circuit rebreather diving safe? How much safer is recreational rebreather diving than open circuit? Is cave diving safe? Is recreational diving to 18m on open circuit safe? The simple answer is—it depends! This article will present a series of arguments so the reader (and diver) can make that decision, as ultimately, it is the diver who is choosing to get in the water and expose themselves to the risks therein. The article will cover some essential definitions and then outline where responsibility could or should lie when it comes to undertak- ing a “safe” or “unsafe” activity.

There is a significant body of evidence which shows that divers involved in diving incidents often make poor decisions— sounds obvious, doesn’t it? So if it is so obvious, why do we continue to make them? Simple decisions such as continuing a dive when they should have ended it, choosing the ‘wrong’ gas for narcosis/density/decompression reasons, wearing the wrong thermal protection for the conditions, diving with the ‘wrong’ buddies, the list goes on. This article will cover how we make decisions, and more importantly, why we make poor decisions and the pitfalls we encounter when doing so. We won’t always be able to stop ourselves making poor decisions, but if we can recognise when we are likely to make them, we can at least try to put controls in place to check ourselves.

“...The real reasons people don’t provide a higher level of detail are two fold: privacy and legal culpability” was the response recently when I posted a blog (http://cognitasresearch. wordpress.com/2014/08/26/ the-devil-is-in-the-detail/) about the need to collect more detail when looking at diving incidents so that the community, the agencies and academia can understand WHY incidents happen. Just knowing what happens is not enough to come up with strategies (personal or corporate) to prevent incidents from occurring in the future. We need to be able to raise the awareness and knowledge of those involved in the sport so that they can truly take responsibility for their own actions. Sticking a note in the manual saying that diving is dangerous or on the back of a CCR which says, “This unit can kill you if improperly used”, are not enough. That’s like saying “Drive safely to work” to your partner as they set off in the morning.

Since the Second World War there has been interest in how pilots interact with their aircraft with a view to improving safety. This followed a number of accidents where pilots made the wrong selection due to similarity of landing gear and flying control surface levers. This research moved on from just physical interaction with the aircraft controls, and included crew behaviours, how crews dealt with their tasking authorities and the commercial or operational pressures to undertake a task, and how safety was influenced by all of this. Over time, this work developed further into other areas such as nuclear power plants and other high reliability organisations, where it was realised that there was no way a single person could monitor everything going on, and that supervisory or organisational issues were having an influence on operational outputs and safety at the individual level.

A diver had an oxygen toxicity seizure because an incorrect gas was filled in a cylinder by a dive centre. A baby died because the wrong dose of medication was injected. Who is to blame for the error and how do we try to make sure that these types of incidents aren’t repeated? This is the second article in a series of six looking at a safety culture and its component parts, and focuses on a just culture, the aspect of a safety culture which underpins everything. Some of the readers may remember an article I wrote on this subject a couple of years ago, but this one will go into much more depth and give examples of the issues faced in both the scuba diving community and other environments, which have more established safety management system programmes and cultures.

At the Rebreather Forum 3 conference held in Florida in May 2012, a number of presentations were made which advocated the use of checklists as a means to prevent diving incidents from occurring, or at least reducing the likelihood of occurrence. Consequently, there was a consensus opinion made at the end of the conference that checklists should be more actively promoted by both the manufacturer and the training agencies and should become the norm. Significantly, there should be overt use by senior members of the diving community in the same way that leading figures in snowboarding and skiing have changed the attitudes over the use of helmets, with the result that it is ‘not cool’ to not wear a helmet. To further emphasise the endorsement of the use of checklists, at the 2014 TEKDive USA held in Miami from 17-18 May 2014, PADI provided T-Type CCR checklists for all attendees in the delegates’ bags.

In August 2012, I wrote an article which discussed just culture and what this meant in the con- text of recreational and technical scuba diving, and using this concept, how we can improve diving safety. The main thrust behind the article was that everyone makes mistakes, irrespective of who we are in the diving community, what our experi- ence levels are or what qualifications we hold. To improve learning, we need to stop throwing rocks at those who have the courage to discuss their incident in a public forum or report it to DAN, BSAC or DISMS. Sure, many people make silly mistakes or poor decisions, which ultimately cost them their lives. But those individuals didn’t get up that morning thinking, “I know, today appears to be a good day to die.”

“Thank [beep] for that! How lucky were we? We better not do that again. Don’t tell anyone though, we don’t want to look like amateurs...”
This was a mistake that could have cost them their lives, but fortunately, the divers spotted it and corrected the issue before it went too far. The current culture we have in diving means that the probability of the divers telling anyone outside their buddy pair, or maybe the divers present on the boat, is pretty much zero.
The problem with not letting people know what happened is two-fold. Firstly, others can’t learn from your mistakes; and secondly, the ‘authorities’ don’t obtain the evidence to show that there is a problem with whatever it was that went wrong.