How and Why Checklists Work 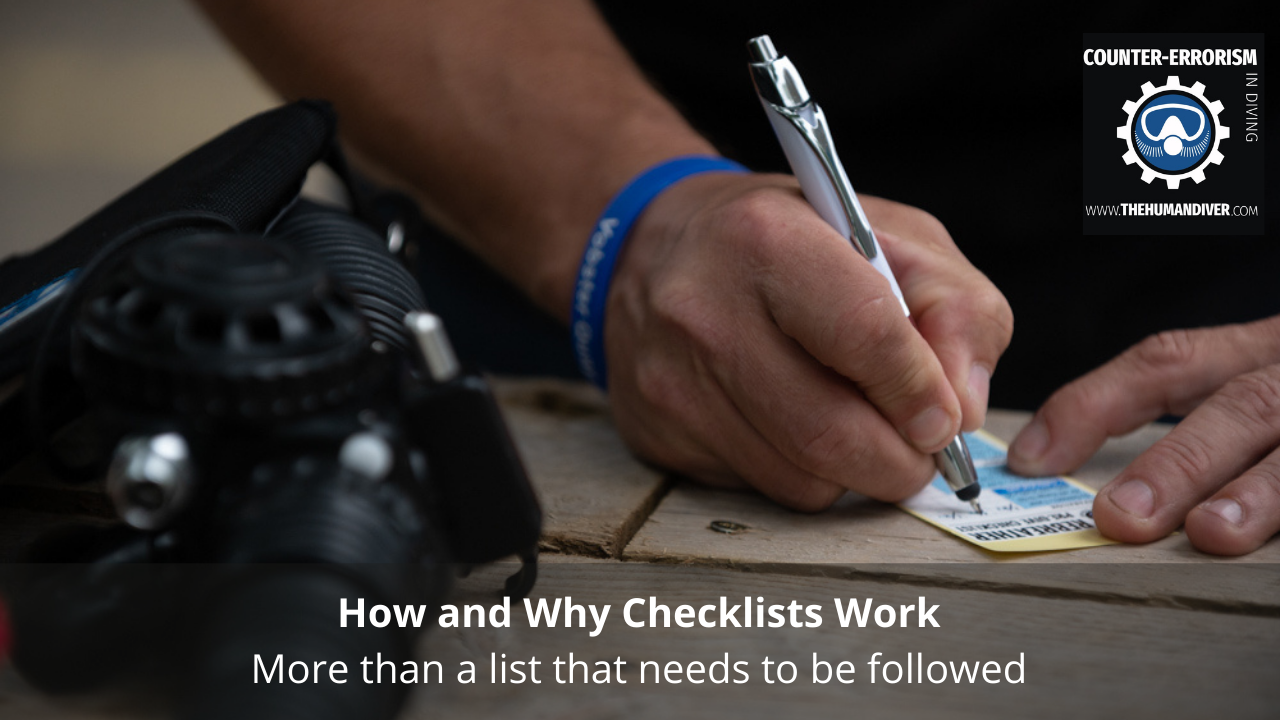 In October 1935 at Wright Airfield in Dayton, Ohio, a brand new prototype aeroplane crashed shortly after takeoff, killing the pilot, Major Hill, who was considered to be one of the most capable test pilots of his time. The cause? “Pilot error”. This aeroplane was far more complicated than anything previously flown and, as a result, Major Hill had forgotten to release a locking mechanism for the flying controls. Therefore, once the aircraft had enough speed to take off, it was uncontrollable and a crash was almost inevitable. 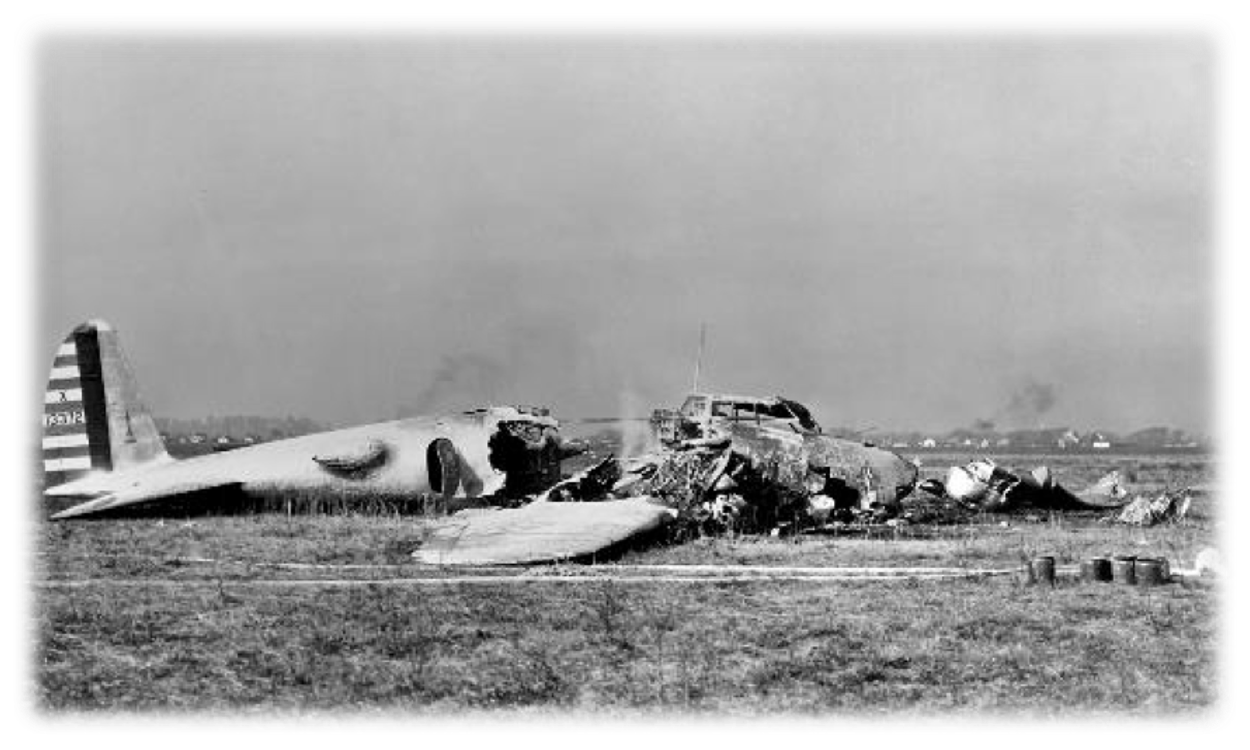 In the aftermath of this accident, the US Army Air Forces engineers and pilots came up with something ingeniously simple to help pilots operate this new, complicated aircraft: they created checklists. They were simple in nature, being small enough to fit on index cards, and covered all the things that pilots already knew how to do.

This concept of simple checklists that prompt the user to do what they know how to do has remained largely unchanged in the world of aviation and is now commonplace in many other high-risk industries such as medicine, nuclear and mining. It is also applicable to checklists for diving.

A lot of people will argue that checklists are necessary for aeroplanes and not for diving as aeroplanes are much more complicated than diving equipment or procedures. While this might be true in certain circumstances, the pre-landing checks for a Boeing 747 consist of 4 items:

Despite the apparent simplicity, these four items are religiously executed with the use of a written checklist for every single landing. This is because pilots know they are fallible and will occasionally make mistakes. Most diving checklists are longer than four items and we probably don’t go diving as often as professional pilots go flying which makes it even more likely that we’ll miss or forget things. 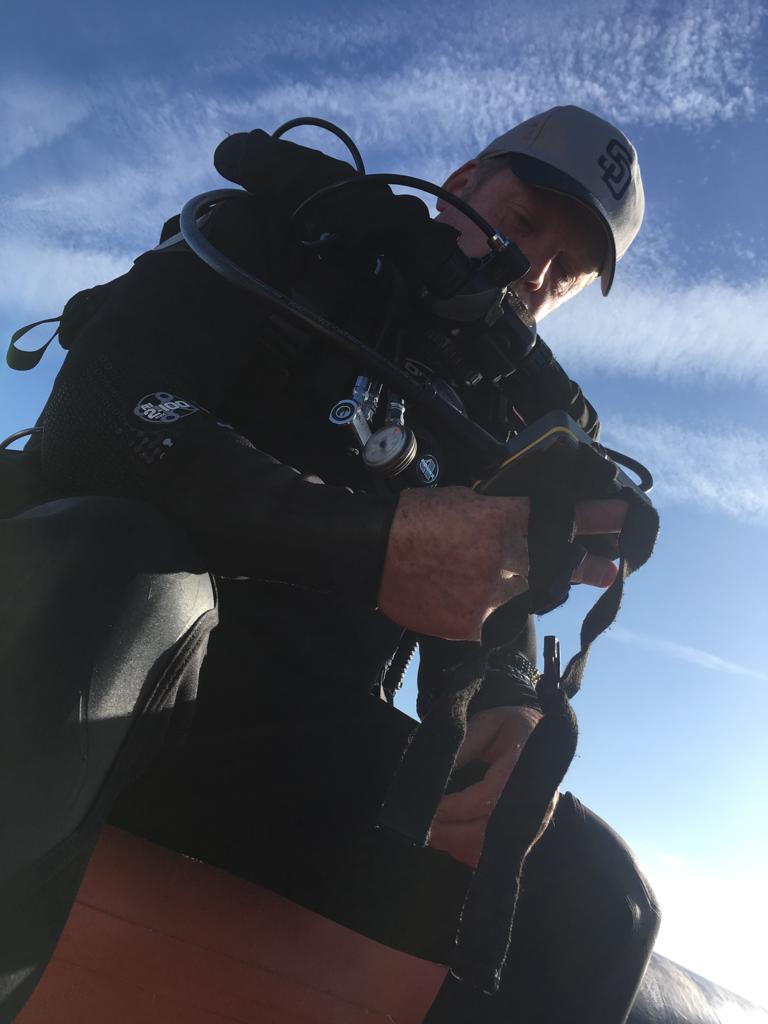 So what makes a checklist effective?

For a diving checklist to be effective, the diver has to want to use it. They shouldn’t feel like they have to use it. We, as humans, are constantly striving for efficiency and if the checklist has too many steps, then over time, as we strive to make our processes more efficient, we will become less likely to want to use it. As a general rule, 7 steps is a good maximum number for a checklist. If you’re designing a checklist and need more steps then consider breaking up the checklist into several ‘sub lists’ with no more than 7 steps in each.

If the diver is trained to use the checklist then they are also more likely to want to use it. This links with the point made earlier, training allows the checklist to be there as a series of prompts rather than detailed instructions. If a step contains a lot of words rather than a simple prompt, we, being efficient creatures, will start to gloss over this step. This means we potentially miss critical items within the checklist as we use it more and more. While this might sound complacent, it is perfectly normal human behaviour. This is why it is so important to train divers as to what the steps mean, what is behind the line item, so they can carry out the appropriate actions when they see a prompt rather than expecting them to read through detailed instructions every time.

The checklist also needs to be fit for the task and operational environment. While a longer 'maintenance' or 'build' type checklist can be put on an iPhone or electronic device, a final check before entering the water needs to be on a small slate or waterproof sticker so that it is accessible. 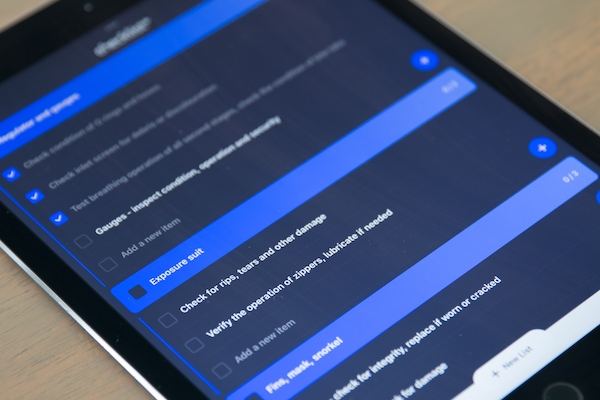 Additionally, within team diving, if the whole team is trained to use the same checklist then safety will be improved because your teammates can follow you through your checks in the sequence that you all know such that if you miss a step, it will be far more obvious to the team and the missed step can be addressed. This isn’t about trying to catch each other out, it’s about teamwork - ensuring everyone is good to get in the water.

PADI’s BWRAF is a good example of a (verbal) checklist in diving with only 5 steps that prompt the trained diver to conduct several actions in a sequence that their buddies can follow. What is key is the training to understand not just the items associated with each letter, but also the actions and responses that should be taking place. It is the responses that are most important in a checklist, not the title or words of the checklist. 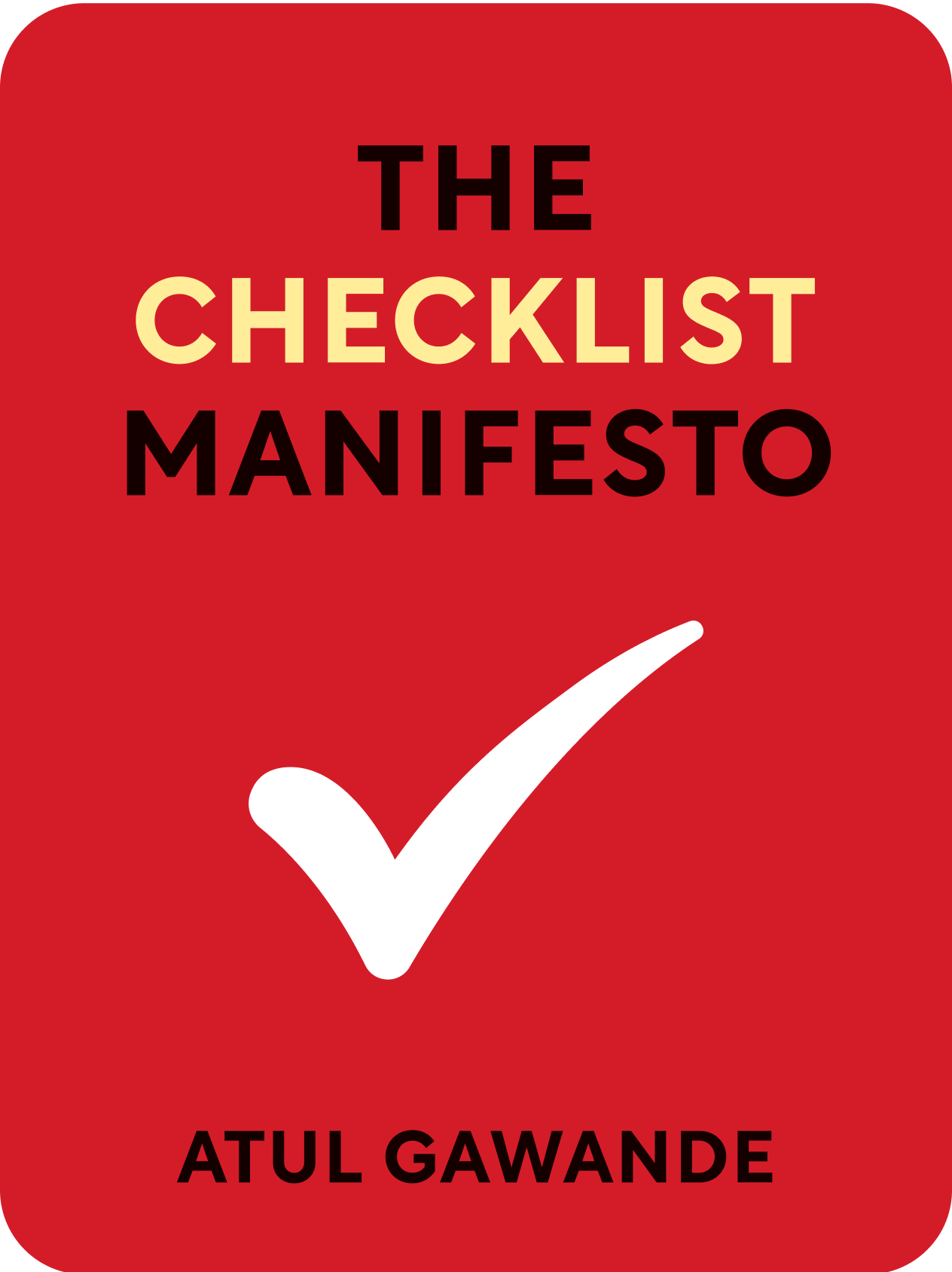 Something else to consider is culture. More specifically, how socially or professionally acceptable is it to use a checklist? In the world of medicine, checklists were historically not considered that acceptable or useful. In his research from the early 21st century, Atul Gawande, author of ‘The Checklist Manifesto’, discovered that only 20% of surgery team members thought checklists were useful when they were performing an operation but 94% of them would like a surgery team to use a checklist if they were the patient!  As a direct result of this culture, checklists used to be rare in operating theatres. As an indirect result, people would occasionally wake up from an operation to remove a leg and discover the surgeon had removed the wrong leg! This sort of simple, albeit extremely serious error, is far less likely to occur if checklists are used and the surgical teams are trained to use them. When checklists were brought in, their effect was massive. The mortality rate (deaths) was reduced by 47% and complications by 37% when checklists were introduced.

In my experience, the culture of diving is similar in many ways to how medicine used to be. As divers get more experienced, they may become complacent and less disciplined in their pre-dive routines. While you are probably not going to have the wrong leg amputated, it is very common to get in the water and discover something that would have been picked up with pre-dive checks: zips not done up; hoses not connected; tanks not turned on, etc, etc. Some of these things may be easily fixed and dealt with but some may have serious consequences.

If checks are the ‘cultural normal’ then their use becomes routine and it becomes abnormal to not use them; it will feel odd to not do checks before diving. This is a good thing and can only improve safety. Checklists do take a finite amount of time but, when you’re in the routine and doing them within a trained team, it should only be a matter of 30 seconds or so and it could make the difference between living and dying. 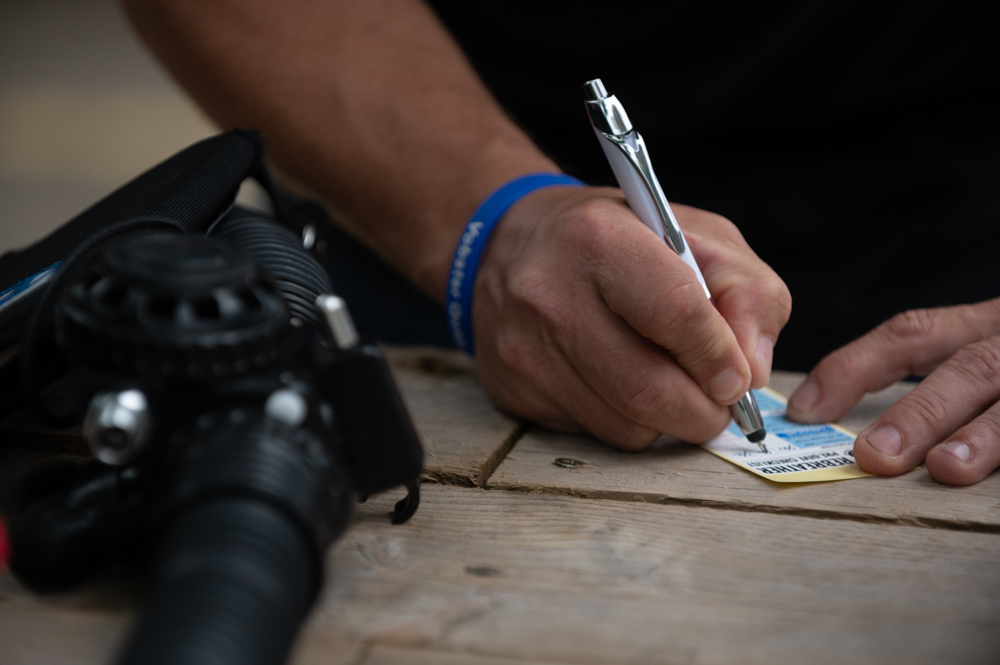 Checklists work by helping to compensate for the limitations of our brains. We forget things, we get distracted. Using a checklist helps to keep you on the right path and gives you prompts such that you don’t necessarily have to remember to do things - you just have to remember how to do things. Pilots and surgeons use well-designed checklists all the time despite being experts in what they do. We, as divers should follow their example to improve diving safety. If you’re in a leadership role such as an instructor, divemaster or even leading groups of friends in a fun diving scenario, it is especially up to you to set and maintain a good example. Role-modelling is more effective than telling people what to do. 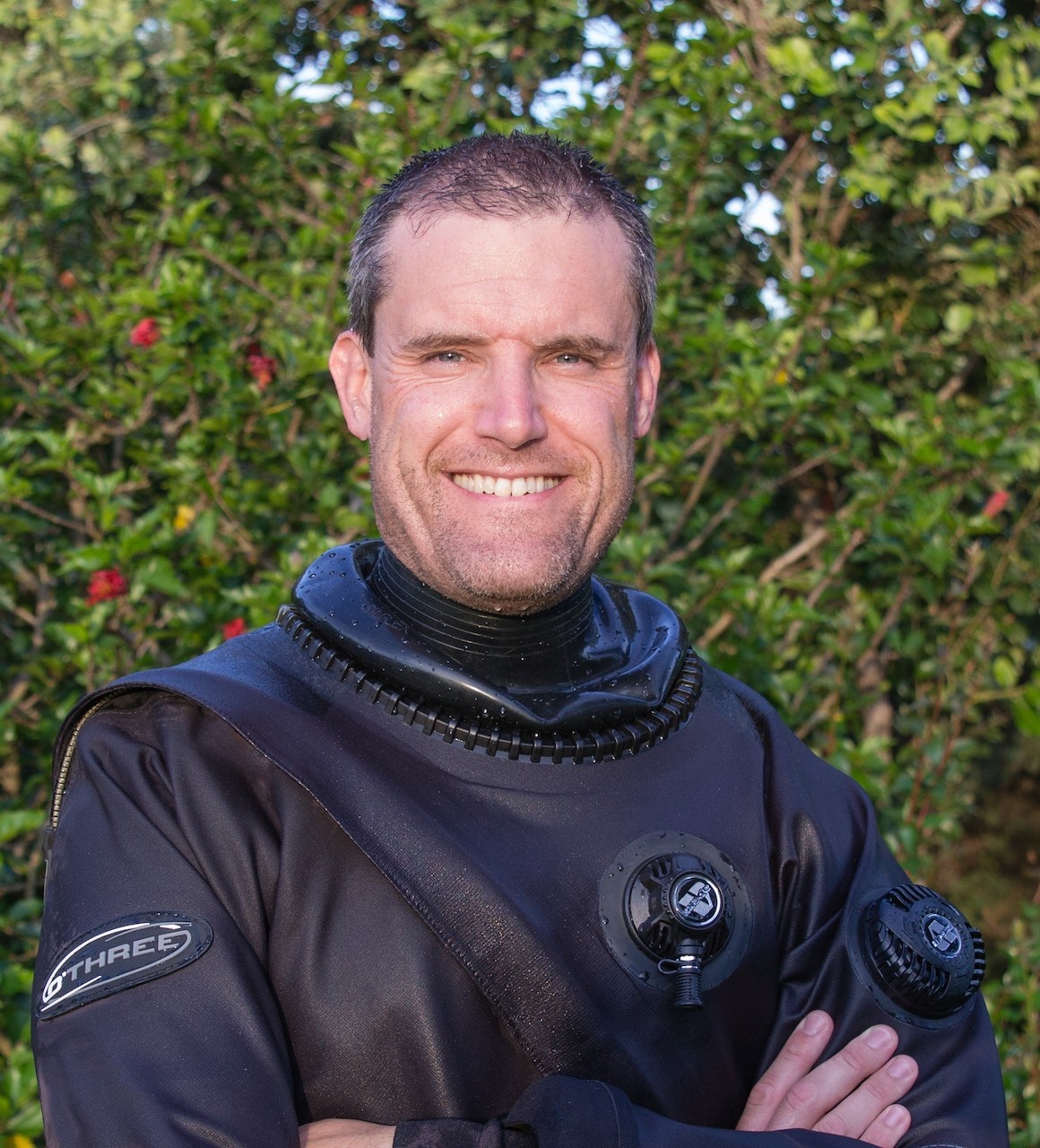 Mike spent 20 years in the Royal Air Force, most of it flying on frontline squadrons. He now works as a flying instructor in the Royal Australian Air Force teaching young pilots to fly fighters. As well as being an accomplished instructor, he is an experienced flying supervisor and holder of a commercial pilot’s licence.

He has been an active diver since 2015 and has around 300 dives in his logbook from as far north as Iceland and as far south as New Zealand. He works part-time as a Dive Master and is also an active CCR diver. Wrecks interest him the most but he gets just as much satisfaction taking groups to see Grey Nurse Sharks at his local dive sites.